This new release introduce a new feature to use the Tree filter selection as the key column(s) when inserting new rows into a table: 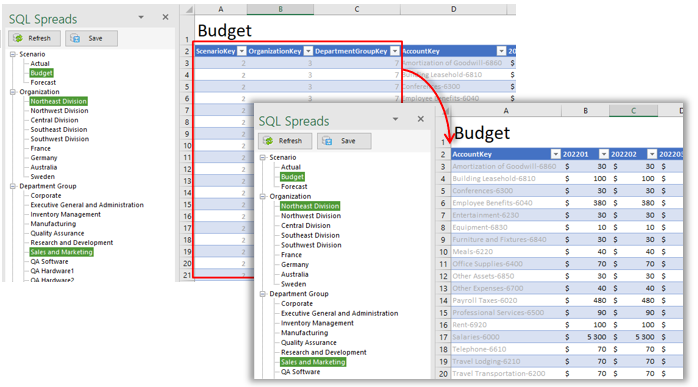 We are also introducing a new Parameter selection dialog to more easily work with parameters: 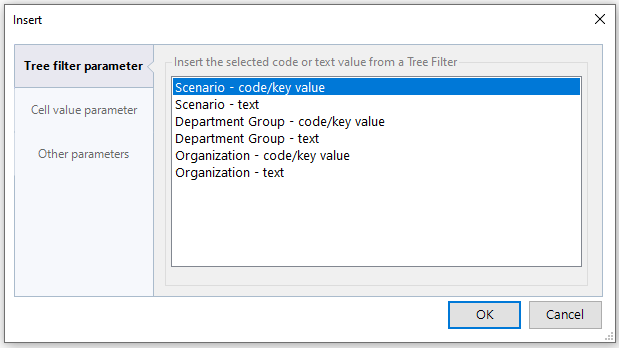 SQL Spreads 6.0 introduce the new Lookup feature to easily lookup key values from a related table or a list of fixed key-text pairs. A drop-down list in Excel allows the user to select a text item, while the corresponding key will be written to the database.

SQL Spreads 5.0 is the largest SQL Spreads update in over two years with several long-wished features and improvements such as data pivoting, the table creator and database and table search.

With this release, we are introducing a new license system that supports online activations and a lot of new features on the deployment and installation side. With the new online activations, there is no need to manually activate the licenses through emails.

If you are an existing customer, please contact our support to get new license keys to switch to the new online activations.

This release adds a few new features and also improves working with data in Azure SQL.

The major improvement in this release is support for updating data in SQL Server Views from Excel. The new View support also includes updating data in Views that join data from multiple base tables.

This release contains the new SQL Spreads Designer, which adds the possibility to configure columns, filters and sorting from the new Designer Panel on the right side in Excel.

The new release includes better handling and display of the database schema and a fix for the issue with the license being lost when upgrading Excel to a new version.

The new release includes an update that will auto-detect available SQL Server instances. When selecting columns, there is a new Select All/Select None feature for tables with a large amount of columns. The column width of the data imported into Excel will now auto-adjust the column size to create a smoother look. See the full list of changes below:

The new release includes support to manage data in SQL Server tables that do not have any identity key.

A new release of SQL Spreads is now available for download. The new release contains a number of updates and fixes:

With this new release, SQL Spreads is now an Excel only Add-In. The new Excel Add-In will connect directly from Excel to a SQL Server database.